This past week has been marked by crocuses popping through the ground, noticeably longer days, and a good mix of sun and rain. So goes pretty much every Spring in Charlottesville. But I got out and took a quick walk through Lochlyn Hill on one of these sunny days and was floored by just how much activity we have going on.

We have a family biting their nails waiting to get into their new Echelon home on the part that is slated to be complete in less than 60 days. We have the final lot under construction waiting for a permit so Peak can begin work to finish off the first Phase of 21 homes.

As I walked down the hill, a new block of 6 modern Stony Point Design Build townhouses is fully under roof with interior work moving forward and exterior cladding well underway, with a mix of “under contract” and “available” signs out front. Just two lots separate the townhouses from a three distinctive single family homes being built by Arcadia and Peak, two are under contract and the third now has its new owner settling in.

Across the street is a Bramante home complete with a space over the garage that is prepped to become an apartment should a new owner desire rental income. This is one of only two unsold single family homes in Lochlyn Hill. A few lots further along is another Echelon home where landscaping and final exterior painting are the final steps before the new owner moves.

I turned the corner and walked back up the hill to the park, central to the neighborhood, where all the grass is gaining permanence in these Spring temperatures. On the right, there are six townhouses underway for Habitat partner families, foundations complete, and framing having commenced. Across the street the foundations for two Habitat cottages have framing begun as well. And all seven homes already have partner families working toward their dream of home ownership.

And at the top of the hill, two homes face the park. Both built by Echelon, one is already occupied and includes both the owner as well as a rental apartment, one of the beauties of life in Lochlyn Hill. The other home is available for sale and ready to be moved into in the next 30 days.

All told, as I walked through the neighborhood, there are 22 homes that are either under construction or have recently been moved into. And a total of 7 of the 22 are available for sale, the rest are pre-sold or occupied. And as I looked down the hill, the heavy equipment was moving dirt and preparing roads and even more sidewalks in the next phase. 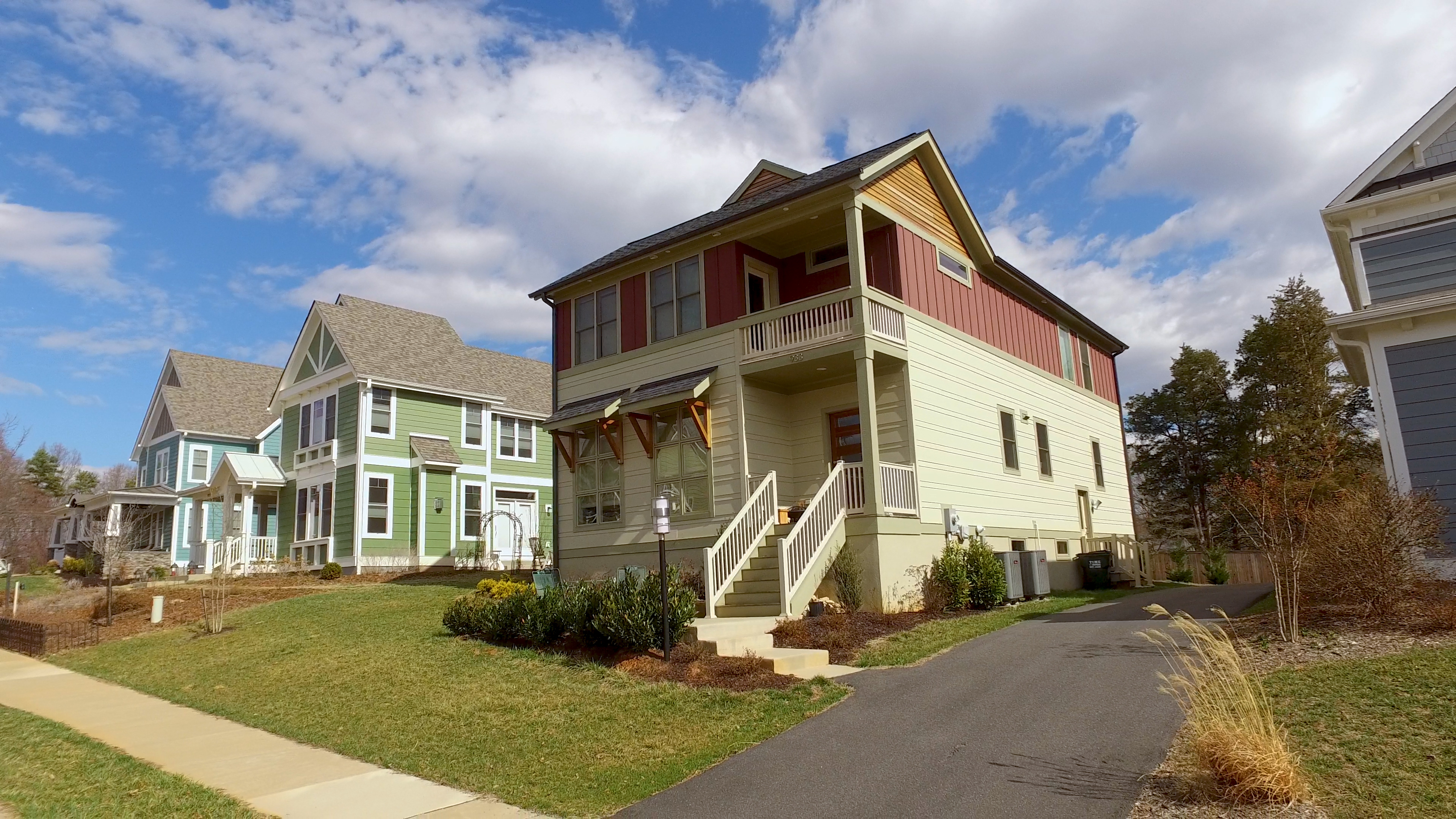